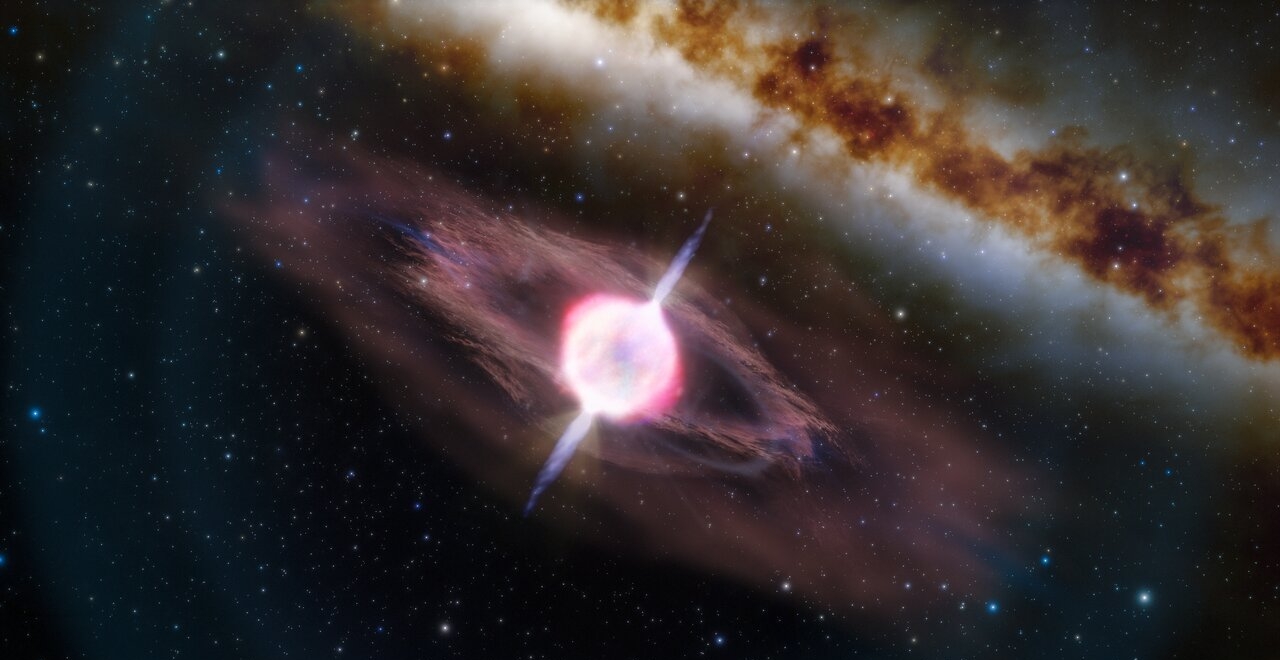 This illustration depicts a collapsing star that is producing two short gamma-ray jets. Just before a massive, collapsing star explodes as a supernova, we often observe a gamma-ray burst (a brief explosion of gamma-ray radiation) if the jets are pointed toward Earth. Most known supernova-produced gamma-ray bursts are “long” (lasting more than two seconds), but one called GRB 200826 was “short” (lasting just 0.6 second). Astronomers think this, and possibly other short supernova-produced gamma-ray bursts, appeared short because the jets of gamma rays aren’t strong enough to completely escape the star. This would produce jets that are shorter in both length and duration. Credit: International Gemini Observatory/NOIRLab/NSF/AURA/J. da Silva

On Aug. 26, 2020, NASA’s Fermi Gamma-ray Space Telescope detected a pulse of high-energy radiation that had been racing toward Earth for nearly half the present age of the universe. Lasting only about a second, it turned out to be one for the record books – the shortest gamma-ray burst (GRB) caused by the death of a massive star ever seen.

GRBs are the most powerful events in the universe, detectable across billions of light-years. Astronomers classify them as long or short based on whether the event lasts for more or less than two seconds. They observe long bursts in association with the demise of massive stars, while short bursts have been linked to a different scenario.