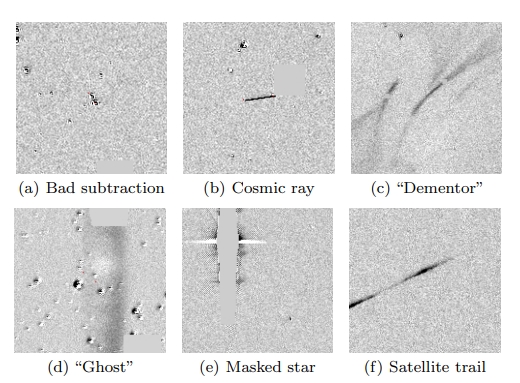 ZTF with its large collecting area and rapid cadence has led to an unprecedented number of discoveries in the Solar System, variable star science, as well as the extragalactic universe. With a per night haul of 700 exposures, ~50,000 subtraction images, one million target point-source candidates, and 200,000 streak candidates, we are also starting to see a slow shift from focus on individual objects to populations of different sizes. At the base of this are various machine learning (ML) algorithms that identify varying sources, exclude artifacts thereof, and use rigorous training to further classify the sources into well-defined classes and identify outliers to help push the boundaries of our understanding.

The aim of the ZTF machine learning (ML) group is to automate procedures, and allow incorporation of newer observations, and corresponding feedback in a straightforward manner. At the same time, it is important for astronomers to retain control over tweaking follow-up target selection, and that means an organic and pliant interface.

Areas where ML has provided a cutting edge include:

A lecture on deep learning and source classification in ZTF by the lead of the machine learning group Ashish Mahabal. This lecture was part of the ZTF Summer School 2021.