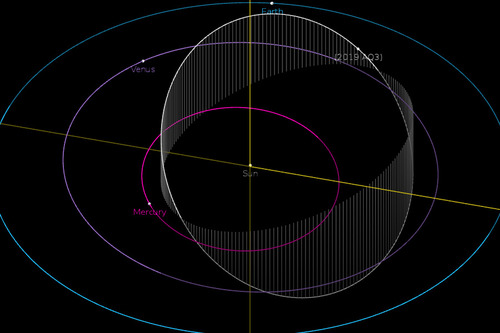 The Solar System Working Group is focused on the discovery and characterization of small Solar System bodies, asteroids and comets with ZTF. Our discovery activities include searching the ZTF public and partnership data for serendipitous discoveries of near-Earth asteroids as well as the execution of the Twilight Survey, purposely designed for the detection of asteroids at low solar elongation. We also search for anomalous brightening events in known asteroids and comets, and our cometary outburst discovery program has resulted in the discovery of dozens of cometary outbursts and several detailed follow-up studies. For object discoveries, we apply data analysis methods such as machine and deep learning techniques that have the capability of identifying asteroids and comets on a single detection basis, in addition to employing classic moving object linking methods. We also apply advanced blind-search methods which can detect asteroids in ZTF data that are below the detection threshold in a single image by stacking images taken from multiple nights. Taken together, our variety of detection methods enables the discovery of Solar System objects from multiple regimes enabling the detection of asteroids from near-Sun distances to asteroids passing through the Earth-Moon system and to beyond the Main Asteroid Belt and Trojan populations.