Image caption: A supernova was first detected by the Zwicky Transient Facility (ZTF) on June 8th 2019. Quick followup observations revealing the composition of light confirmed that astronomers were looking at one of the most massive stars, called Wolf-Rayet exploding as a supernova. Such stars are expected to quietly die and become black holes but the new study challenges this assumption. Image credit: Weizmann Institute of Science

For the first time, astronomers have observed an extremely massive star - generally suspected to sneakily die as a black hole - explode in a supernova.

The team of astronomers, led by researchers from the Weizmann Institute of Science, Israel, made the initial discovery back in June 2019 with the Zwicky Transient Facility. Follow up observations with larger telescopes revealed that the supernova originated from a massive star, known as a  Wolf Rayet star, whose outer layers of hydrogen and helium are stripped away. It was suspected that such stars collapse into black holes without giving off any light. The latest observations, published in the journal Nature today, suggest that such massive stars can have more complicated deaths. Instead of silently turning into black holes, some of them may be exploding as supernova and others may combine an explosion ejecting the outermost layers of the star, while its central parts collapse into a black hole.

"The final fate of Wolf-Rayet stars has long been a mystery. Our discovery now clearly shows that at least some of them explode as supernovae. The tremendous discovery power of ZTF, providing a barrage of thousands of new supernova events, allowed us to finally find this rare needle hidden in the haystack, " says Avishay Gal-Yam, a professor of Astronomy at the Weizmann Institute of Science and a lead author of the study.

"The fact that ZTF can rapidly cover most of the sky, almost every night, enabled us to know for sure this supernova was very young, and employ rapid follow-up spectroscopy to make this discovery possible," adds Gal-Yam.

"The ZTF discovery engine has yet again shown what can be accomplished with a small ground-based telescope and dedicated monitoring of the night sky. An almost 75-year old telescope has just increased our knowledge of the final stages of stellar evolution.", says Matthew Graham, the project scientist of ZTF. 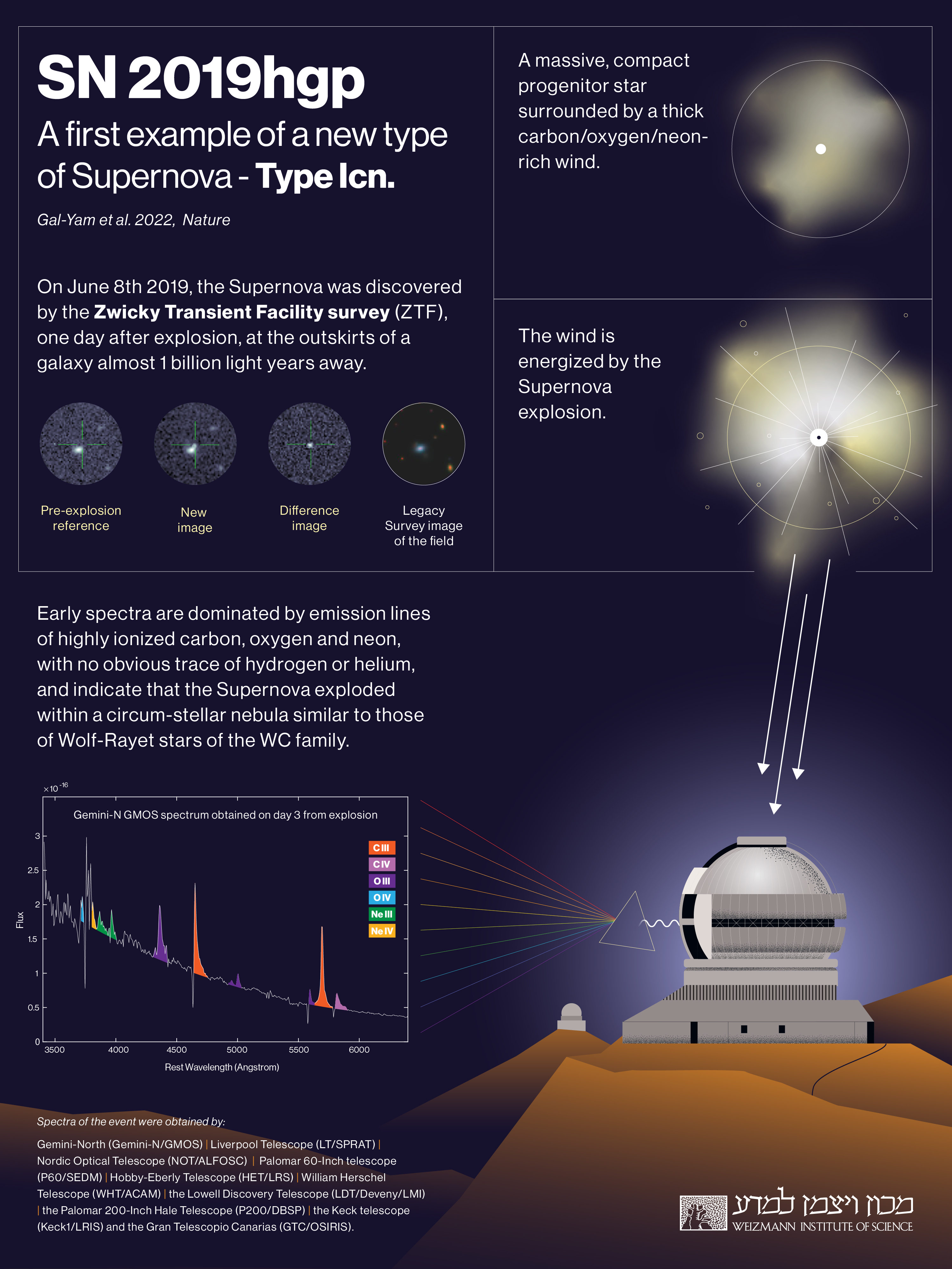