Image caption: The streak from a Starlink satellite appears in this image of the Andromeda galaxy, taken by the Zwicky Transient Facility, or ZTF, on May 19, 2021. The image shows only one-sixteenth of ZTF's full field of view. Image credit: Caltech Optical Observatories/IPAC

Since 2019, SpaceX has been launching an increasing number of internet satellites into orbit around Earth. The satellite constellation, called Starlink, now includes nearly 1,800 members orbiting at altitudes of about 550 kilometers. Astronomers have expressed concerns that that these objects, which can appear as streaks in telescope images, could hamper their scientific observations.

To quantify these effects, a team of researchers studied archival images captured by the National Science Foundation (NSF)-funded Zwicky Transient Facility (ZTF), an instrument that operates from Caltech's Palomar Observatory near San Diego. ZTF scans the entire night sky every two days, cataloguing cosmic objects that explode, blink, or otherwise change over time. This includes everything from supernovae to near-Earth asteroids. The Zwicky team members say they decided to specifically study the effects of Starlink satellites because they currently represent the largest low-Earth orbit, or LEO, constellation, and they have well-characterized orbits.

The findings, reported in the January 17 issue of The Astrophysical Journal Letters, shows 5,301 satellite streaks appear in archival images taken between November 2019 and September 2021. The streaks are most apparent in so-called twilight observations, those taken at dawn or dusk, which are important for finding near-Earth asteroids that appear close to the sun in the sky. ZTF has discovered several asteroids of this nature, including 2020 AV2, the first asteroid spotted with an orbit that fits entirely within the orbit of Venus.

"In 2019, 0.5 percent of twilight images were affected, and now almost 20 percent are affected," says Przemek Mróz, study lead author and a former Caltech postdoctoral scholar who is now at the University of Warsaw in Poland.

In the future, the scientists expect that nearly all of the ZTF images taken during twilight will contain at least one streak, especially after the Starlink constellation reaches 10,000 satellites, a goal SpaceX hopes to reach by 2027.

"We don't expect Starlink satellites to affect non-twilight images, but if the satellite constellation of other companies goes into higher orbits, this could cause problems for non-twilight observations," Mróz says. 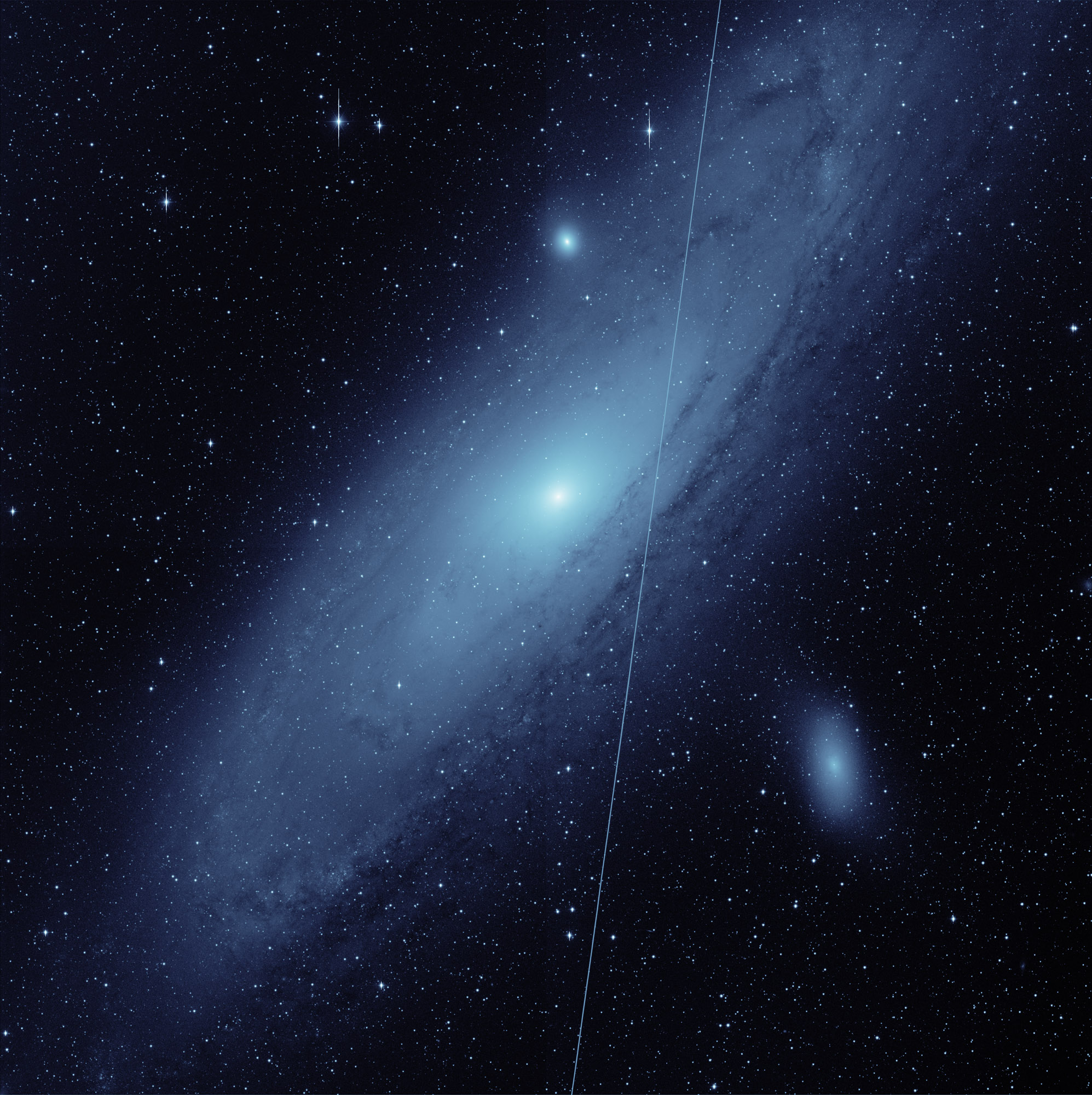