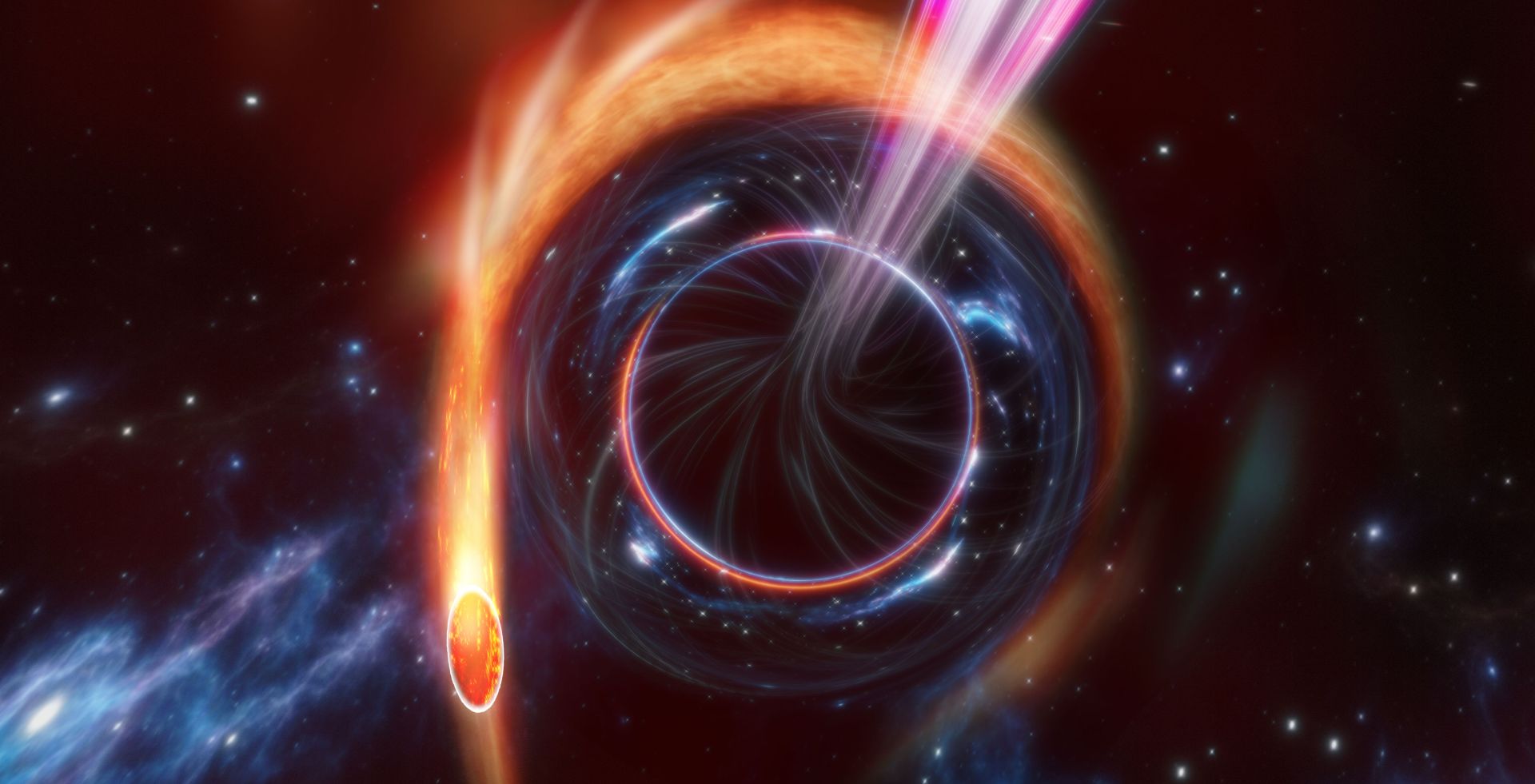 A star is being consumed by a nearby supermassive black hole. Astronomers call this a tidal disruption event (TDE). What makes this TDE a very rare TDE is that as the black hole rips apart the star, two jets of material moving with almost the speed of light are launched in opposite directions producing light in all wavelengths. Such jetted-TDEs are extremely rare and AT2022cmc, depicted here is the first one discovered with an optical telescope. Image credit: Carl Knox (OzGrav, ARC Centre of Excellence for Gravitational Wave Discovery, Swinburne University of Technology)

Astronomers from the Zwicky Transient Facility collaboration have observed a truly rare cosmic “lunch” - a supermassive black hole devouring a nearby star and releasing powerful jets in the process. Dubbed AT2022cmc, this discovery was made while sieving through ZTF survey data using a novel method designed to alert astronomers for such rare events in near real-time.

The universe can be a violent place. Stars die or collide with each other and black holes devour everything that gets too close. These and other events produce flashes of light in the night sky that astronomers call transients. The Zwicky Transient Facility is currently one of the largest transient surveys astronomers use to study the ever-changing universe. The survey is also a treasure trove of rare, strange, and unusual events that often astronomers discover by chance.

“Our new search technique helps us to quickly identify rare cosmic events in the ZTF survey data. And since ZTF and upcoming larger surveys such as Vera Rubin’s LSST scan the sky so frequently, we can now expect to uncover a wealth of rare, or previously undiscovered cosmic events and study them in detail,” says Igor Andreoni, a postdoctoral associate in the Department of Astronomy at UMD and NASA Goddard Space Flight Center.

AT2022cmc is a peculiar case of what is known as a tidal-disruption event or TDE. TDEs happen with a star approaching a black hole is violently ripped apart by the black hole’s gravitational tidal forces—similar to how the Moon pulls tides on Earth but with greater strength. Then, pieces of the star are captured into a swiftly spinning disk orbiting the black hole. Finally, the black hole consumes what remains of the doomed star in the disk.

In some extremely rare cases such as AT2022cmc, the supermassive black hole launches “relativistic jets”—beams of matter traveling close to the speed of light—after destroying a star. Discovered in Feb 2022, astronomers led by Andreoni followed up AT2022cmc and observed it with multiple facilities at multiple wavelengths. The analysis is published today in the journal Nature.

“The last time scientists discovered one of these jets was well over a decade ago,” said Michael Coughlin, an assistant professor of astronomy at the University of Minnesota Twin Cities and co-lead on the paper. “From the data we have, we can estimate that relativistic jets are launched in only 1% of these destructive events, making AT2022cmc an extremely rare occurrence. In fact, the luminous flash from the event is among the brightest ever observed.”

The novel data-crunching method - equivalent to searching through a million pages of information every night - allowed Andreoni and colleagues to conduct a rapid analysis of the ZTF data and identify the AT2022cmc TDE with relativistic jets. They quickly started follow-up observations that revealed an exceptionally bright event across the electromagnetic spectrum, from the X-rays to the millimeter and radio.

ESO’s Very Large Telescope revealed that AT2022cmc was at a cosmological distance of 8.5 billion light years away. The Hubble Space Telescope optical/infrared images and radio observations from the Very Large Array pinpointed the location of AT2022cmc with extreme precision.

The researchers believe that AT2022cmc was at the center of a galaxy that is not yet visible because the light from AT2022cmc outshone it, but future space observations with Hubble or James Webb Space Telescopes may unveil the galaxy when the transient eventually disappears.

It is still a mystery why some TDEs launch jets while others may not. From their observations, Andreoni and his team concluded that the black holes in AT2022cmc and other similarly jetted TDEs are likely spinning rapidly so as to power the extremely luminous jets. This suggests that a rapid black hole spin may be one necessary ingredient for jet launching—an idea that brings researchers closer to understanding the physics of supermassive black holes at the center of galaxies billions of light years away.

Before AT2022cmc, only a couple of possible jetted TDEs were known, primarily discovered by gamma-ray space missions, which detect the highest-energy forms of radiation produced by these jets. With their new method, astronomers can now search for such rare events in ground-based optical surveys.

“Astronomy is changing rapidly,” Andreoni said. “More optical and infrared all-sky surveys are now active or will soon come online. Scientists can use AT2022cmc as a model for what to look for and find more disruptive events from distant black holes. This means that more than ever, big data mining is an important tool to advance our knowledge of the universe.”

This press release is based on the publication "A very luminous jet from the disruption of a star by a massive black hole" published in Nature on November 30, 2022. 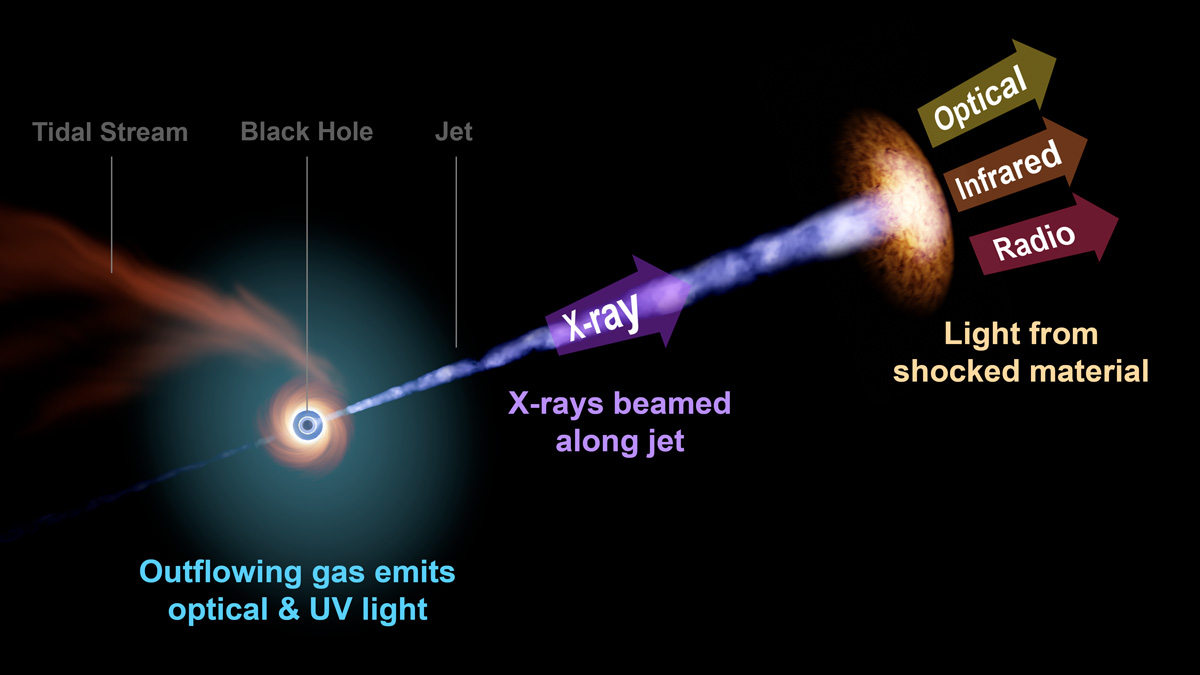 The jetted tidal disription event AT2022cmc was first observed in the ZTF optical data and was followed by 21 other astronomical facilities that saw it shine in X-ray,UV, infrared and radio. Image credit: Zwicky Transient Facility/R.Hurt (Caltech/IPAC) 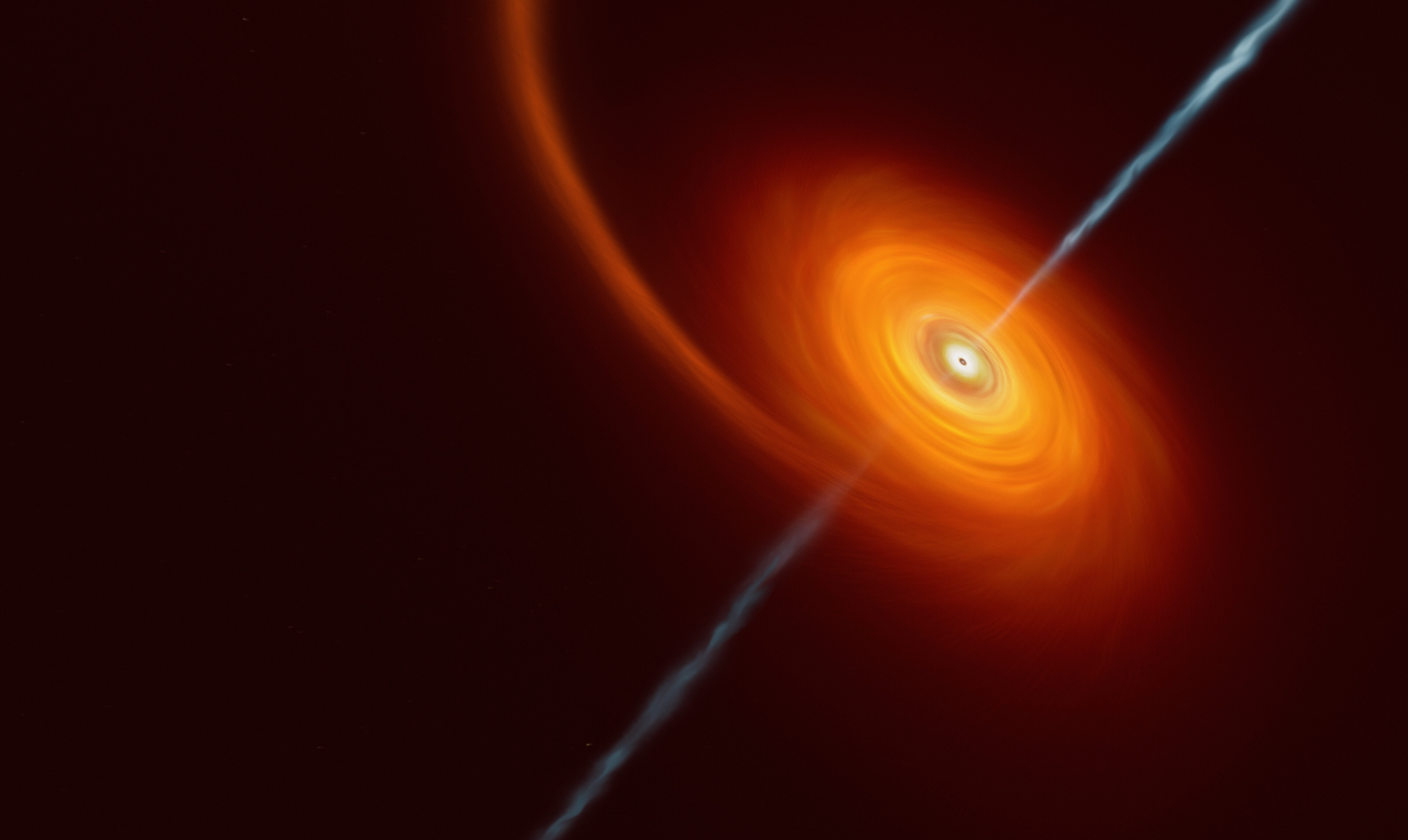